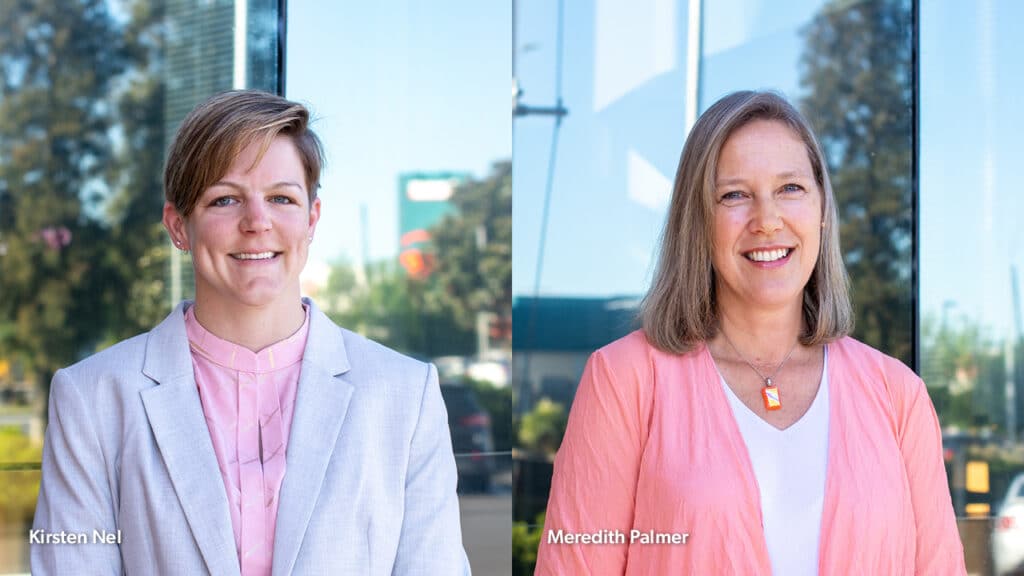 Gallagher is thrilled to announce that Kirsten Nel, Lead Engineer, and Meredith Palmer, Chief Product Officer, have been recognised by Women in Security Awards Aotearoa (WiSAA) for their outstanding contributions to the security industry.

Engineering Award recipient, Kirsten Nel, was recognised for her response to the worldwide component shortage. When supply chain disruptions affected the security industry, Kristen was tasked with steering her team through re-engineering multiple product lines to use components that were able to be sourced.

This was a hugely challenging time when the impacts on manufacturing and supply of security hardware were quite literally putting the lives of people at risk. Working with a wider team under intense time restraints, Kirsten’s team was able to meet increased demand, attract new and significant partnerships, and prevent dangerous safety disruptions for people around the world.

“I would love to be that initial spark for someone else and to encourage others to find their passion within the electronics or engineering industry,” says Kirsten. “I regularly visit high schools to talk to students about Gallagher, electronics, and engineering in general. I particularly like to show others that even though this is a heavily male dominated field, women can succeed and excel within the industry. There are no limits on what we can achieve.”

Executive Award winner, Meredith Palmer, was recognised for her exceptional leadership skills during a time of transition within Gallagher, where the business identified the need for a major transformation to enable future scale aligned with growth plans.

Rising in the ranks from a Team Lead to Chief Product Officer in record time, Meredith played a critical part in directing Gallagher’s ambition toward becoming an adaptive, collaborative, and customer-centric team.

Through strategic planning, talent development, and cultivating an environment that values open dialogue, she has laid the groundwork for Gallagher’s future growth and achievements.

Meredith believes that as a leader, actions speak louder than words: “Every interaction throughout the organisation is important. If I can have a positive impact on even one person, no matter who it is or where they are in the organisation, that is a good outcome.”

A proud New Zealand company, Gallagher’s security solutions are designed and manufactured on-site from their global headquarters in Hamilton and distributed to over 130 countries around the world.