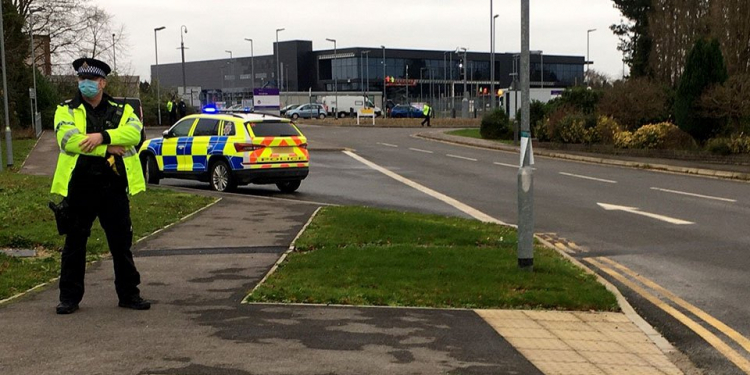 Civil Nuclear Constabulary (CNC) police officers based at Harwell have launched Project Servator a collaborative community approach to policing. Project Servator aims to disrupt a range of criminal activity, including terrorism, while providing a reassuring presence for the public.

CNC’s officers are experienced and specially trained to spot the tell-tale signs that someone is planning or preparing to commit an illegal act. It works with other police forces, local businesses and the public to protect the Harwell site and the surrounding area and everyone who lives, works or visits there and to make it a difficult place for terrorists and other criminals to operate. Project Servator has been successful in gathering intelligence that has assisted Counter Terrorism Units across the UK in investigating and preventing acts of terror.

Project Servator’s patrols are highly visible and can happen at any time and in any location. Officers will talk to the public and local businesses to let them know what they’re doing and remind them to be vigilant, trust their instincts and report any suspicious or unusual behaviour.

“We are deploying these additional tactics to further complement the operational activity that exists in and around our Operational Policing Units,” explained Supt Donna Jones, who is leading on the implementation of the project across the Constabulary. “Our aim is to build upon relationships with partners as well as businesses and communities. These tactics are not new but allow us to have a focus on community engagement and encourage people to be our extra eyes and ears. This is not restricted to the Harwell site but also extends to the surrounding area. We are aware of the vast amount of information members of our community have and they are aware of what is out of the ordinary. All we ask is that they report any suspicions to us and we’ll do the rest. The deployments will be unpredictable and our tactics will vary from one deployment to the next. The aim is to work with our local communities to deter any hostile threat.”