£170m investment awarded to next generation of Royal Navy submarines 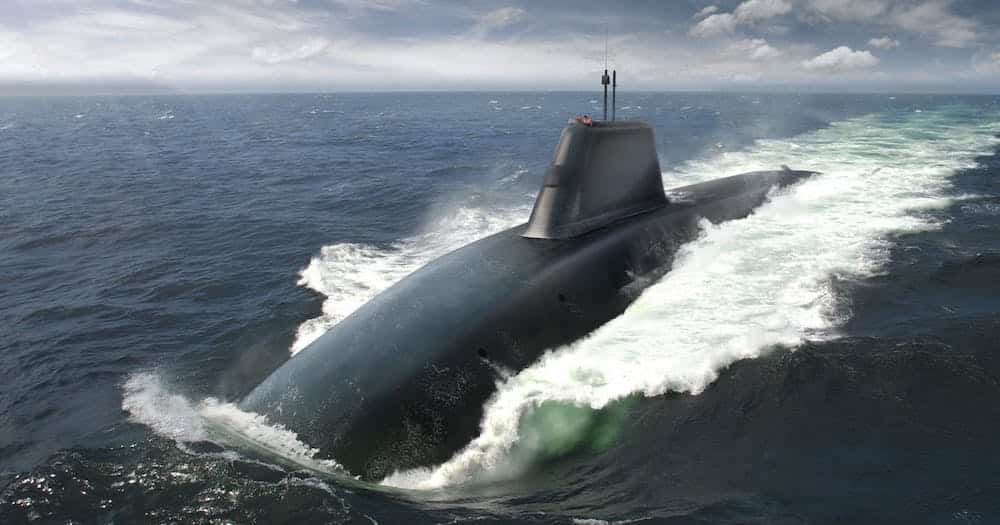 Design work for the next-generation of Royal Navy submarines is underway following the award of two contracts to UK industry, the Defence Secretary Ben Wallace has announced yesterday.

Two contracts worth £85 million each had been awarded to BAE Systems and Rolls-Royce to deliver design and concept work for a future Class of Royal Navy submarine.

Over the next three years and supporting 350 jobs in the process, the contracts will deliver design work to inform a future decision which will help define the replacement approach for the Astute Class submarines – the nuclear powered fleet of submarines (SSNs) currently in service with the Royal Navy.

“Marking the start of a new journey for the Royal Navy’s submarines, British designers and engineers will lead the way in developing submarines for our Royal Navy,” said Defence Secretary Ben Wallace.

“This multi-million pound investment ensures that this vital capability will be ready to replace our Astute Class submarines as they come out of service, whilst supporting high-skilled jobs across the Midlands and North West of England.”

In his role as Shipbuilding Tsar, the Defence Secretary is firmly committed to supporting the UK shipbuilding and maritime industries, of which these contracts will play an important role. Underpinned by the Prime Minister’s £24 billion increase in defence spending across four years, these contracts build upon commitments outlined in the recent Defence Command Paper ensuring that the Royal Navy has a world-leading underwater capability prepared to meet future threats.

“Designing and building submarines is one of the most complex and challenging feats of engineering that the maritime industry undertakes,” said Submarine Delivery Agency CEO, Ian Booth.

“It is essential that work on the next generation underwater capability commences as early as possible. This relies on some of the nation’s most experienced defence nuclear experts from the very beginning of the design phase.”

The industry teams, including Babcock International, are working closely with MOD to mature early design work on a range of options for a new crewed nuclear-powered submarine known as the Submersible Ship Nuclear Replacement (SSNR).

The contract with BAE Systems in Barrow will sustain around 250 roles at the shipyard to develop the platform design and delivery arrangements. At Rolls Royce in Derby, approximately 100 jobs are expected to be sustained through the contract for the development of the Nuclear Steam Raising Plant and the production arrangements.