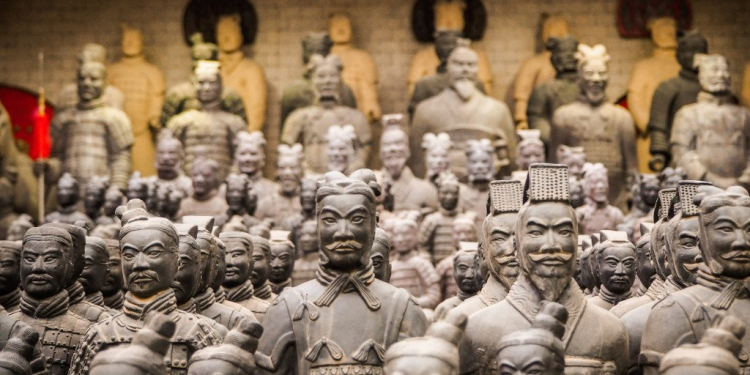 The Mausoleum of Qin Shihuangdi in the city of Xi’an has been outfitted with a comprehensive intrusion alarm system from Bosch Building Technologies. The Unesco World Heritage Site is home to a 2,000-year-old army of clay statues, the world-famous Terracotta Warriors, guarding the tomb of China’s first emperor. Several hundred TriTech motion detectors are deployed to protect the 16,300-square-foot museum against theft and damage. According to the manufacturer, these detectors prevent costly and time-consuming false alarms under challenging environmental conditions, while providing detection reliability of real alarms. Because of the intrusion detection system, which detects and reports any unauthorised intrusion into the security areas to security personnel in less than two seconds, the museum can dispense entirely with physical protective barriers such as glass walls.

As wall detectors, the TriTech motion detectors protect the pits where the terracotta warriors are located. Because these pits collect large amounts of dust that could cause false alarms, the intelligent sensor data fusion algorithm in each of the detectors checks potential alarms with PIR sensor and microwave Doppler radar for a consistent result. The area to be protected is also secured from above by ceiling-mounted TriTech motion detectors located 4.8m above the museum floor.

In the event of an actual security breach, the Bosch G-Series system controller sends an alert, including the location of the triggered detector, to the security team in the control room, which uses live images from a video system to verify the alarm. In most cases, tourists trigger an alarm when they cross a threshold to retrieve their cameras or smartphones that have accidentally fallen into the pit. In doing so, there is a risk of damage to the priceless terracotta warriors.

The TriTech motion detectors provide round-the-clock protection for the museum, which is visited by thousands of people every day. In accordance with the museum operator’s list of requirements, the intrusion detection system protects not only the museum, including the perimeter, as well as the visitor areas of the mausoleum, but additionally the cultural treasures currently stored in the unmanned warehouse.