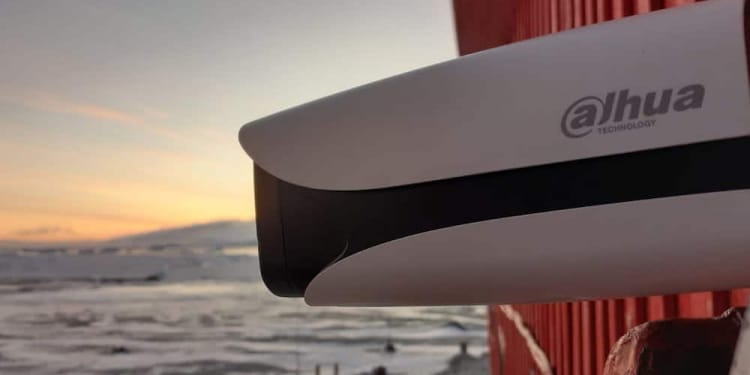 Dahua Technology has donated 15 security cameras to different scientific bases in the Argentine region of Antarctica. The company specially developed these cameras to handle the harsh climate and extreme weather conditions in the area. This project will improve connectivity with the central base, allowing scientific research conducted in Antarctica to become more visible in Argentina.

For the first time in history, Antarctica has a video security project, developed by Dahua Technology: the company donated 15 security cameras, which were installed in scientific bases on the “white continent” to enable 24-hour footage, increase contact and connectivity with scientists on the ground, and improve knowledge of local fauna and meteorology.

The new project fills a critical need, since the region did not previously have security cameras that connect the general base with the capital of Argentina.

“The most difficult part of the project was to obtain the specific cameras that can cope with the low temperatures and climatic conditions that the region suffers in order to offer an optimal result based on their needs,” explained Engineer José Varas, BDM of Dahua Technology.

This project is a CCTV solution that can handle extreme weather conditions. It allows all the cameras installed in Argentine Antarctica to be seen in real-time in the Antarctic Joint Command headquarters from an external screen, paving the way for deeper understanding of scientific research in the region. “The main complexity for the installation was obviously the extreme climate of Antarctica during the winter.

With a temperature of -30°C that made it difficult to fix the devices due to the intense wind, added to the difficulty of handling tools with double gloves and the constant rotation of technicians, since they could only stay outside for 90 seconds. However, the installation was a success and the cameras are working and withstanding the harsh and demanding Antarctic climate,” said Sebastián Mirich, President of Mirich Electronic Security, which was responsible for the installation.

During this difficult installation, ensuring a safe working environment is imperative. Sufficient logistical support was provided to the entire team, leading to a positive outcome that contributes to shared social and environmental objectives in the region.

“In addition to increasing connectivity and showing more closely the activities that are carried out there, such as different environmental studies and the evaluation of the growth of flora and fauna, it also seeks to provide greater security to the runway every time a plane arrives, something fundamental to continue exploring in this area,” added Julia Anschütz, MarCom Manager of Dahua Technology.