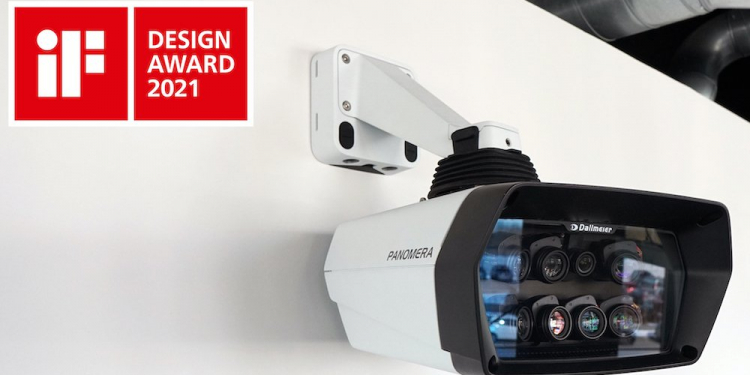 Dallmeier has announced that its patented Panomera S multifocal sensor system has received the Red Dot Design Award 2021. This year, the multifocal sensor camera series was recognised in the category ‘Innovative Products’ and subcategory ‘Cameras and Camera Equipment.’

The jury of 50 experts were reportedly impressed by the singular Panomera sensor concept, with which system operators can monitor distant image regions in the same high resolution as for objects in the foreground. Moreover, several operators can independently observe individual detail zones of very large expanses at the same time using just one system and thus, budget managers can benefit from a minimal number of cameras and correspondingly low infrastructure and operating costs.

To address the complex requirements that govern mounting and installation, Dallmeier has developed the ‘Mountera’ assembly concept which includess a patented coupling mechanism, the ‘Quick-Lock’ system. This mechanism enables the Panomera S-Series systems to be engaged with ease by just one person. Lifting load and lifting duration are reduced significantly and axial detachment of the camera after engagement is prevented, so the camera cannot fall.

Every field of application is covered by a range of mounting arms and options (mast and wall-ceiling fastenings, edge housings, etc.) with an additional option to combine a Panomera S-Series camera with systems from the Panomera W-Series (180° / 360°) or PTZ, for example. Then, installers need just a single Allen key size to carry out all installation and adjustment work.

Another significant feature of the Panomera S-Series is the housing design: a double wall allows passive convection cooling and renders auxiliary cooling unnecessary up to an outside temperature of 60 degrees Celsius. Further features include the optional ‘Air Blast‘ compressed air system for non-wearing front glass cleaning or the ‘Panomera Privacy Shield‘ for effective and visible privacy.

Click here to watch an explainer video of the Panomera S-Series.