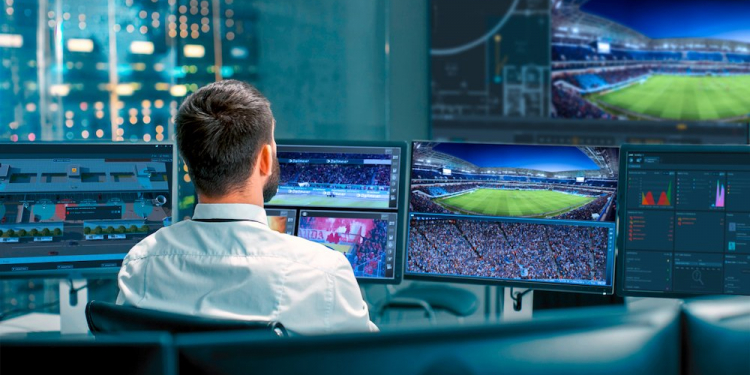 Dallmeier has been named the official sponsor of this year’s ESSMA Safety & Security Workshop. On 29 and 30 March 2022, stadium security and safety experts will have the opportunity to learn about video-based security and business solutions at the Allianz Arena in Munich.

With more than 150 successful projects worldwide, Dallmeier is one of the market leaders in video security for stadiums. The heart of many solutions is the manufacturer’s patented Panomera multifocal sensor system, which allows security personnel and police to capture large grandstand areas with consistently high image quality and a minimum amount of camera systems. Particularly in combination with the Dallmeier HEMISPHERE software platform, pyrotechnics violations, racist riots or bodily harm can be tracked and managed – and costs resulting from fines, for example, can be reduced.

By supporting common interfaces, HEMISPHERE can integrate and correlate camera data and data from all kinds of security systems, such as access control, fire and intrusion detection systems and building automation. Unified access via interactive 3D maps allows users to benefit from a “single pane of glass” that can be used for a wide range of applications. These include a full overview of all stadium areas, automatic intrusion detection for “sterile areas”, functions for quickly locating suspicious persons and support for emergency services.