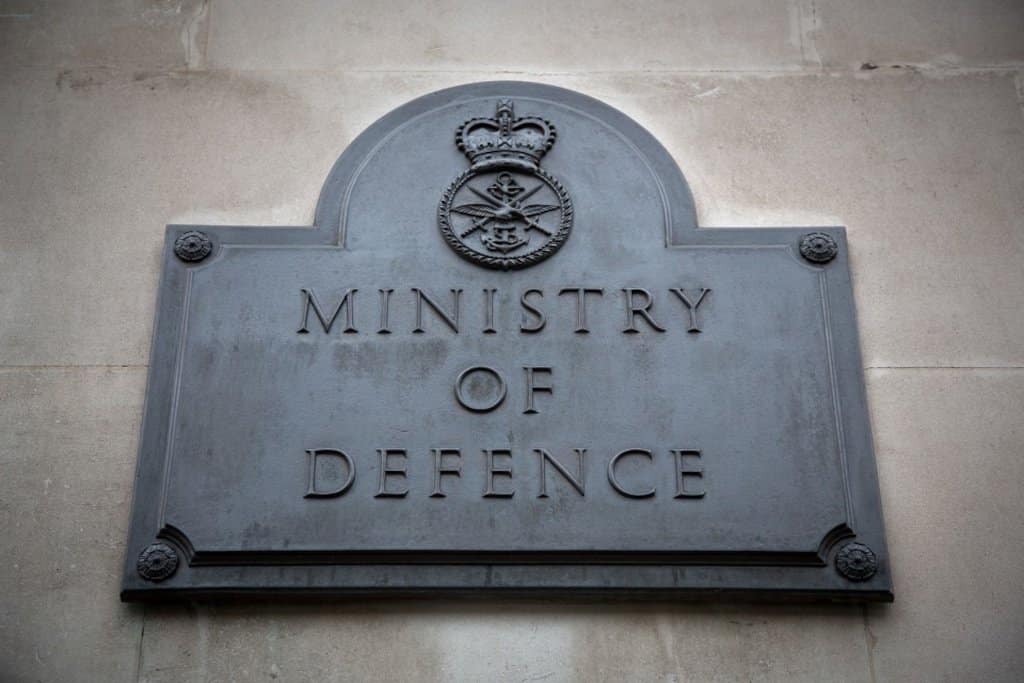 Defence Secretary, Ben Wallace has recently announced the 2030 outlines for the UK Armed Forces. Outlined in his statement, the UK Armed Forces are set to become a more threat-focussed integrated force; ensuring the military is prepared for new and emerging challenges with a continued shift in thinking across land, sea, air, space and cyber domains.

“This Defence Command Paper ensures our armed forces are threat-focused, modernised and financially sustainable,” Wallace explained. “Our military will be ready to confront future challenges, seize new opportunities for Global Britain and lay the foundations of a more secure and prosperous Union.

“We will continue to work with allied partners to address future global security threats whilst also enhancing critical outputs in the battlespace domains.”

Over the next four years, Defence will reportedly spend over £85 billion on equipment for the armed forces which will, in turn, support 400,000 jobs across all four nations of the UK. In addition, the British Army will receive an additional £3 billion on new vehicles, long-range rocket systems, air defences drones, electronic warfare and cyber capabilities.

Wallace continued: “Our people and their expertise are at the heart of what we do and further investments into training, welfare and support facilities will be reflective of this and ensure our armed forces are well equipped to face tomorrow’s threats today.”

A further investment of £120 million will create new Ranger Regiments with four battalions forming the Regiment that will support Special Forces in collective deterrence activity: ranging from training to accompanying personnel on the ground. In addition, the Army will introduce a new Warfighting Experimentation Battlegroup – designed to fight prototype warfare whilst also focussing on hybrid and conventional threats.

The Defence Secretary also added that a new Multi-Role Ocean Surveillance Ship will be commissioned to protect the integrity of the UK’s Maritime Zones and undersea Critical National Infrastructure – aiming to come into service by 2024. In addition, new automated mine hunting systems will replace the Sandown and Hunt classes while further investments will be commissioned to improve the availability of the submarine fleet and start development of the next generation of subsea systems for the 2040’s.

The Royal Marines will also benefit from a £200-million investment over the next ten years to form the Future Command Force, a Commando force that is persistently forward deployed conducting specialist maritime security operations.

In recognition of the Royal Air Force’s deploying of the F35, the world’s most capable combat aircraft, Defence will henceforth commit to growing the fleet beyond 48 aircraft. In addition, counter terrorism operations (which are currently supported by nine Reaper RPAS drones) will be replaced by Protectors by 2024. These new platforms will reportedly provide the enhanced strategic ISR and strike capabilities that are vital across all the forces.

With an injection of over £2 billion in the Future Combat Air System, UK air capabilities will ultimately be able to deliver a pioneering mix of crewed, un-crewed and autonomous platforms, including swarming drones and the ultra-modern Tempest fighter jet. This programme has already created over 1,800 highly skilled jobs in over 300 companies across the UK.

Chief of the Defence Staff, General Sir Nick Carter stated: “For the first time that I can remember we have an alignment of the ends, ways and means to modernise and transform the posture of our nation’s armed forces to meet the threats of a more uncertain and dangerous world.

“The ends were set out by the Prime Minister with the publication of the Integrated Review last week, the ways were confirmed by our new Integrated Operating Concept, which was published in September, and finally the means, which were confirmed last year when Defence was given a significant multi-year settlement of £24-billion. This gives us the certainty to plan for the long term and deliver the Integrated Force Structure for 2030.”

The Ministry of Defence has said it will prioritise more than £6.6 billion to be invested into research and development projects, helping to provide a strategic advantage that will lead to cutting-edge equipment capabilities. Over the next four years, £60 million will be invested to develop a programme based on novel weapons, artificial intelligence, synthetic/digital systems and space-based capabilities.

Defence will also be investing £5 billion over the next decade in the Skynet 6 satellite communication programme, accompanied by £1.4 billion to be allocated to the new Space Command, National Space Operations Centre, Space Academy and a UK-built Intelligence, Surveillance and Reconnaissance satellite constellation. Space Command will officially launch on 1 April 2021.

In addition, Strategic Command will invest £1.5 billion over the next decade to build and sustain a ‘digital backbone’ to share and exploit vast amounts of data, through the cloud, and across secure networks that are resilient to cyber-attacks from state, proxy and terrorist adversaries.

The UK will also enhance its global outlook with an investment in overseas training and will add to its Defence Attaché network which supports integration with allies and overseas partners.

Wallace further explained: “The success of this Defence Command Paper should not be judged on the sophistication of its words, but the implementation of its reforms.

And, ultimately, on the delivery of its capabilities into the hands of the men and women of our armed forces. It is they who keep us safe and will continue to do so in the years ahead. It is to them, their families, and all those across defence that we owe it to make this policy into reality.”

He concluded: “The work to do so has only just begun.”