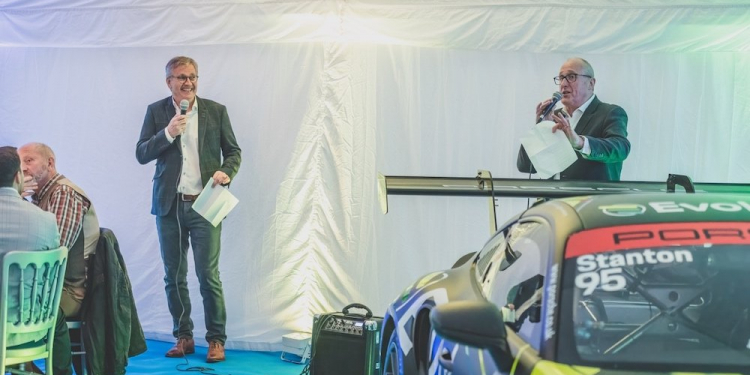 Evolution celebrated its 25th anniversary in-person with a special event held at the Grade I listed Bisham Abbey in Berkshire.

The event, which was initially planned for April 2021 but had to be postponed due to COVID restrictions, was attended by more than 150 Evolution employees, including staff from the group’s businesses in England, Scotland, Ireland and the Netherlands.

Following a drinks reception, Evolution staff enjoyed a three-course dinner, speeches from co-founders and co-owners Richard Lambert and John Wust, live entertainment from a magician before hitting the dance floor to a DJ and a set from John’s band ‘Full Circle’.

“Since John and I founded Evolution, we have grown from a small start-up to something very significant,” Richard said. “But our growth and success would not have been possible without our people, and so this event was a great way to get together in-person and celebrate how far we have come, as well as looking ahead to future success.”

Founded in 1996, Evolution has continued to grow and expand as a business, reporting a turnover of £30 million this year and now employs more than 200 people across six offices in the UK, Ireland and Europe. As part of its core business it delivers Professional Services consultancy and expertise in Risk & Design for major defence and critical infrastructure projects.