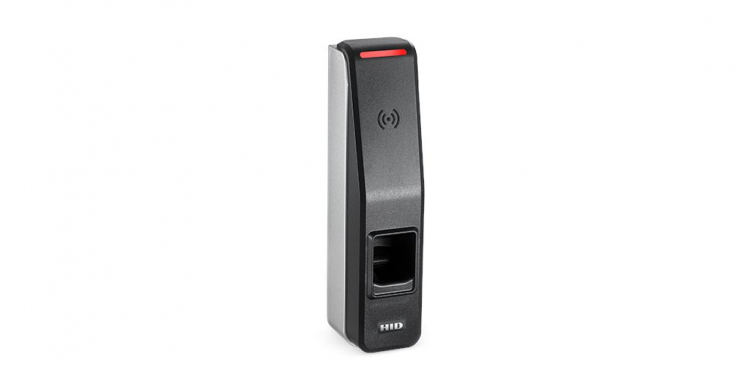 HID Global has officially launched its HID Signo biometric reader 25B, designed to capture and read fingerprints in real-world applications and conditions.

The reader is the latest addition to the company’s line of HID Signo readers and adds an API for integration with access control software solutions from HID partners. This enables a single point of biometric template enrolment through an access control system, these templates can then be pushed to all connected devices simultaneously.

The new solution reads fingerprints of all types, including those that are hard-to-read where people have wet, dry, dirty, or worn fingerprints. Using patented multispectral imaging technology, the HID Signo biometric reader 25B captures fingerprint images from both the surface and the sub-surface of the skin, reportedly delivering consistent read performance regardless of environmental and skin conditions. Its liveness detection capabilities also prevent spoof attempts leveraging fake fingers or latent fingerprints.

Key features include; its flexibility to deploy multiple authentication modes, including biometric fingerprint and contactless physical and mobile credentials, its fingerprint match reliability and finally, its ease of configuration in the field which includes support for software upgrades over the network.

The HID Signo biometric reader 25B supports a variety of popular contactless credential technologies including Seos, iCLASS SE, iCLASS, MIFARE (Card Serial Number) and HID Mobile Access virtual credentials and each device supports Near Field Communication (NFC) as well as Bluetooth out of the box.

The reader is paired with the web-based HID biometric manager software that performs configuration and management of the reader, including firmware updates over the network. In addition, the software enables enrolment of user’s fingerprint credentials for use with the different biometric authentication modes 1:1 verification and 1:N identification.