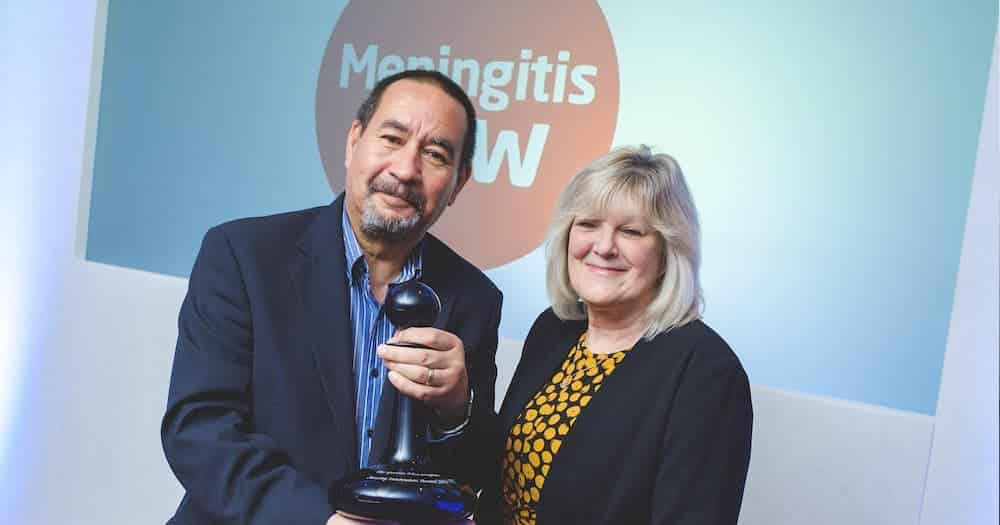 Global MSC Security has revealed John Lewis of JLA Connect as the winner of the 2021 Gordon McLanaghan Award for Security Innovation. John was presented with a piece of Bristol Blue glassware and a cheque for £1,000, at a gala charity dinner Global MSC Security Conference and Exhibition 2021 in Bristol., which raised more than £3,500 for Meningitis Now.

As JLA Connect, John Lewis has been helping organisations to deploy best-of-breed security-technology solutions, for more than 25 years. During this time, he has established a deserved reputation amongst end users-consultant, system integrator and manufacturing communities, both in the UK and internationally.

Managing Director of Global MSC Security, Derek Maltby, comments on the award: “The standing ovation John received when collecting his award is fitting tribute to the commitment and service that he has given to the security industry. John knows exactly who should be talking to whom and they listen and trust him.” Maltby continues: “John has the ability to create lasting relationships between people, technology manufacturers, integrators and end-user organisations.”

Maltby adds: “This is only the second time the Gordon McLanaghan Award has been presented to an individual, and John is the worthiest of recipients, going above and beyond to put the needs of others first. He is always ready to offer guidance and support.”

John Lewis comments on the award win: “Honesty and integrity plays a big part in all that I do and the assistance I offer. Being truly independent, I am in a privileged position, free from partisan restraints, to bring together people who possess the knowledge, expertise and ability to solve an organisations security challenges.”

The Gordon McLanaghan Award is presented annually at a charity gala dinner on the eve of the Global MSC Security Conference and Exhibition. It is names in honour and memory of Gordon McLanaghan, an innovator within the Bristol City Council CCTV and Emergency Control Centre, who sadly passed away in 2014. Each year, the judges will be looking for compelling evidence of innovation that has made a big impact, be it on a department, a company, or a community. Winners of the Gordon McLanaghan award are: