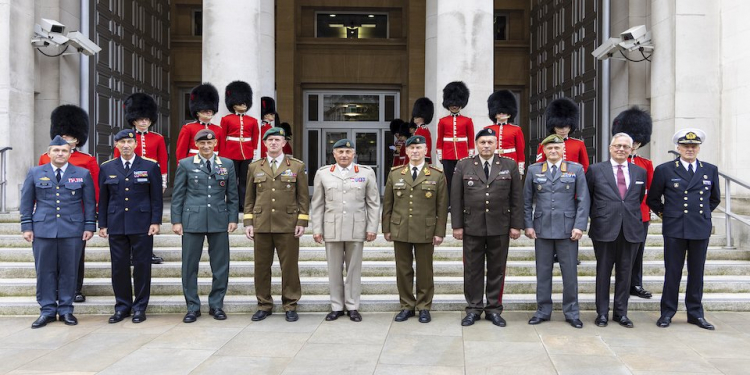 The JEF Chiefs of Defence discussed current international security challenges, including Afghanistan and violent extremism, and the future development of the JEF.

A joint statement was released following the meeting: “[We] look forward to Exercise JOINT PROTECTOR which will take place in Sweden in September. The exercise will test the JEF HQ’s ability to provide command and control to counter malign influence and destabilisation activity short of crisis and competition in the High North, Baltic and the North Atlantic area.”