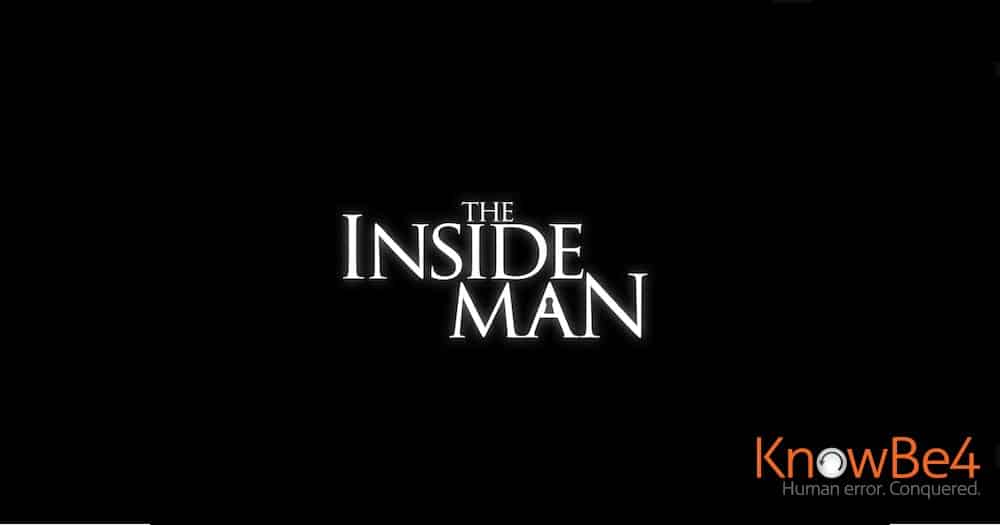 KnowBe4 has announced its blockbuster security awareness series “The Inside Man” is premiering its fourth season at the Capitol Theatre in Clearwater, Florida. It will also be premiered in London on the 17th of February at the Phoenix Arts Club.

This season’s story takes the action on to a truly international stage. Mark Shepherd’s team of cyberwarriors — A.J. Fiona, Maurice and Violet — are facing their deadliest threat yet as an international energy company is brought to its knees by a devastating ransomware attack. Mark’s relationship with Charlotte will be tested like never before.

“The feedback from our customers is clear, ‘The Inside Man’ is the most used security awareness training series that we produce in the optional training category, so we had to bring them another season. Season four promises to deliver another highly anticipated continuation of the storyline, undoubtedly with some plot twists. We wanted our employees to be the first ones to watch the new season at this world premiere so they can share the excitement with our customers.”

“It seems that every season we get that much bigger, better and more exciting, but this season takes it to a whole new level,” said Jim Shields, creative director, Twist & Shout Communications, a KnowBe4 company. “‘The Inside Man’ has now grown into its own dramatic universe, more international than ever, and full of amazing characters.”

“The Inside Man” is a custom, network-quality video series, now with four seasons, created by Twist & Shout Communications, a KnowBe4 company. The series opens with an IT security analyst starting a new job where no one suspects he’s already inside their most secure systems or that sinister forces are pulling his strings.

The exclusive KnowBe4 series delivers a movie-like experience with a compelling story that will engage users and create fans. From social engineering to passwords, to social media and deep fakes, “The Inside Man” reveals how easy it can be for an outsider to penetrate an organisation’s security controls and network and, more importantly, it wrestles with the human cost of cybercrime. This new content is available to all diamond-level KnowBe4 subscribers.