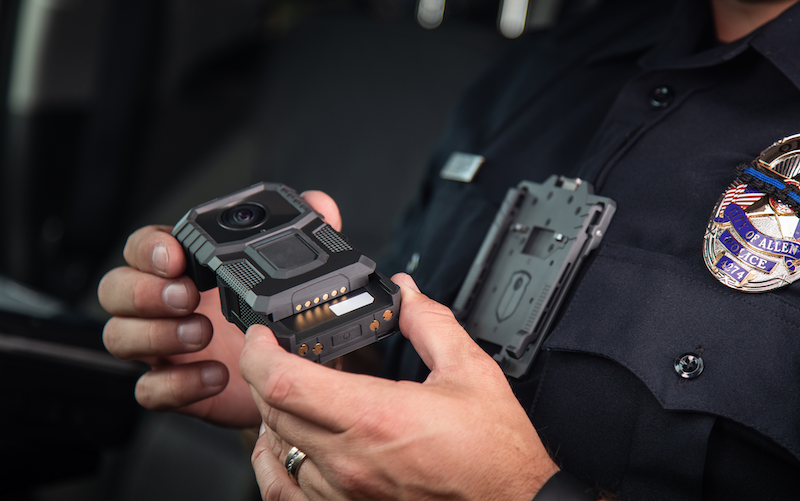 Motorola Solutions has announced a new implementation between the V300 body-worn cameras and mission-critical APX Project 25 (P25) two-way radios. Designed to automate officer tasks and capture evidence in their most critical moments, the camera recording is activated when an officer triggers the emergency mode on their radio.

If, for example, an officer comes under attack and need to call for backup but need to keep full focus on the assailant, they can press the emergency button on their radio, at so they are able to alert the dispatcher of their situation. They can then simultaneously begin recording on the body worn camera so that a real-time, unbiased perspective is captured into the evolving situation. In addition, if the body-worn camera is connected to the officer’s 4RE In-Car Video Camera System, or their partners’ body-worn cameras, these will also start recording.

“When your life is in danger, it’s not the time to have to go through a checklist. Officers are frequently put in stressful positions where they need to have absolute focus,” said John Kedzierski, senior vice president, Video Security & Analytics at Motorola Solutions. “We believe that technology should help automate officer tasks, like activating a body-worn camera recording when certain triggers are received, so that critical moments are not missed during these high-stress situations.”

By integrating APX radios with body-worn cameras, Motorola Solutions is breaking down system silos and enabling officers to rely on the technology and workflows that they instinctively use as incidents unfold. Other automated tasks include activating the V300 body-worn camera and 4RE In- Car Video Camera System when an officer steps out of the vehicle, when the vehicle exceeds a certain speed or when the lights and sirens on a vehicle are turned on.