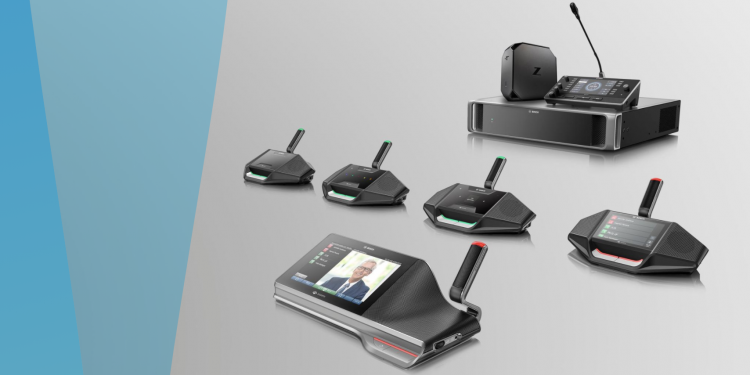 With its software update V3.2, the DICENTIS Conference System offers a new platform-independent secure and scalable interface based on JSON (JavaScript Object Notation) and web sockets. The system now supports seamless connectivity with conference management and control devices – such as touch panels and video switchers from third-party suppliers – via a software interface that operates independently from computer operating systems, including Microsoft Windows.

One of the first touch panel manufacturers to align control interfaces with the DICENTIS product portfolio is Extron. Based in Anaheim, California, Extron is known as a global provider of professional AV product solutions, including control systems. Current Extron touch panels and control processors are now fully compatible with the DICENTIS Conference System. As a result, system integrators can offer solutions consisting of DICENTIS Conference System and Extron touch panels, easily customizable to their clients’ needs.

“The integration of touch panels from external manufacturers continues the evolution of the DICENTIS Conference System to offer the highest flexibility and enable smooth third-party integration into a future-proof solution,” adds Schellekens.

“With the integration of third-party control touch panels, DICENTIS empowers meeting organizers to control all critical functions in a meeting via one device, including video projectors, audio systems and light controls. This facilitates overall conference management and provides a new level of visibility of the status of all connected devices in a conference setup,” says Sjack Schellekens, Product Manager at Bosch Building Technologies.

Integration of third-party control touch panels is supported in all current versions of the DICENTIS Conference System. Based on the recent software update, the system’s functionality and controls can now be further developed, also in partnerships with more hardware suppliers and touch panel manufacturers.