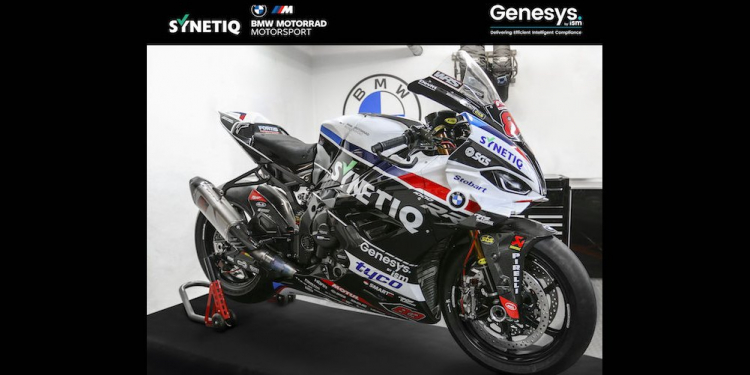 TAS Racing has brought ISM onboard as a new team partner for the 2021 racing season that will flagship its Genesys platform with the SYNETIQ BMW Motorrad team.

The Genesys by ISM livery will adorn the side fairings of both Andrew Irwin and Danny Buchan’s SYNETIQ BMW Motorrad M 1000 RR machinery in the 2021 Bennetts British Superbike Championship, which starts in five weeks at Oulton Park in Cheshire.

“Ian has been involved with TAS Racing in various guises over the past 20 years and his input has been significant on many levels,” said Philip Neill, SYNETIQ BMW Team Principal. “It goes without saying, we are delighted to continue this partnership under the banner of Ian’s current business venture Genesys by ISM. We look forward to starting the new season and adding to the success we have achieved together.”

“I’ve had an uninterrupted and very enjoyable association with TAS Racing since 2003, both on a personal and commercial level during that period,” said ISM Director, Ian Glen. “So, to be involved once again in 2021 and be afforded the opportunity to flagship our Genesys by ISM brand with the SYNETIQ BMW Motorrad team, really is an exciting proposition.

“Coming from the ‘same part of the world’ as the TAS team, I’ve watched and been part of, many of their success stories over the years and know just how passionate they are about racing. That in itself has been an infectious ingredient for myself and many others who have enjoyed a connection with TAS this past 20 years. With Andrew Irwin and Danny Buchan aboard the all-new M 1000 RR this year in BSB, I’m sure the team will make this, their twenty-first year in racing, a very exciting and memorable one for us all.