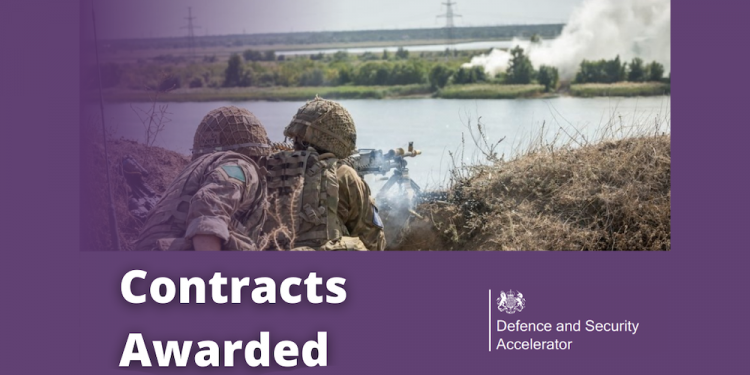 The Defence and Security Accelerator (DASA) has awarded contracts worth £2 million during Map the Gap: Phase 2, a competition which aims to develop semi-autonomous reconnaissance and survey systems that help the military cross obstacles such as rivers, streams, bogs and other so-called ‘wet gaps’. This follows on from Map the Gap: Phase 1 in which five SMEs were awarded contracts worth £1.2m in August 2020.

Run on behalf of the Defence Science and Technology Laboratory (Dstl), Map the Gap sought ideas from industry and academia to help reduce the risks to troops when surveying multiple crossing sites at the forward edge of the battle. By replacing manned reconnaissance with a remote, beyond line-of-sight system, the threat to life is not only reduced, but it will also offer the ability to survey multiple crossing sites in a far more timely and efficient manner.

The ability to survey crossing sites by gathering data about the river banks will provide greater choice to ground commanders and offer more opportunities to out-manoeuvre opponents. It has the potential to be a force multiplier for next generation bridging systems.

Three small and medium-sized businesses have been awarded Phase 2 funding to fast-track their innovative solutions and test with the British Army. The organisations are:

These solutions will assist the military in identifying suitable locations to cross obstacles such as rivers and streams. Currently, the only way of identifying suitable crossing points is to send Royal Engineer reconnaissance troops to survey both banks of a river – exposing them to danger which also risks compromising the rest of the operation.

Commenting on Phase 2 of the Map Gap, Colonel Sam Stuthridge OBE, Assistant Head Manoeuvre Support and C-CBRN, Capability Directorate, Army Headquarters said: “Phase 1 of Map the Gap has given us an insight into how novel technologies might enhance our future river reconnaissance capabilities. Under the Future Soldier programme, the British Army is driving ahead with the early adoption of technology to deliver competitive advantage; Map the Gap, and the technology it showcases, has the potential to increase the tempo, scale and accuracy of river crossing operations in the future.

“For Phase 2, we have elected to take forward three UK contenders into the next phase of the study. We aim to accelerate the selected technologies through further trials and experimentation to achieve a world-class product which has utility within manoeuvre support but also across wider Defence capabilities. The potential offered by this technology will significantly reduce risk to our soldiers while at the same time enhancing our ability to out-manoeuvre potential adversaries. Map the Gap will directly support Project TRITON – a next generation amphibious bridging system being jointly procured with the German Army.”

Robert Hammond-Smith, DASA Delivery Manager for Map the Gap said: “The international reputation of Dstl helped attract proposals from as far away as the United States and Norway, as well as the UK. We had about 20 proposals and we took forward five of these with different approaches to the problem, both in terms of delivery platform and sensor suites. Our competitions attract the top minds in industry, academia and the military. Often we are key in turning a concept from an SME into a reality.”