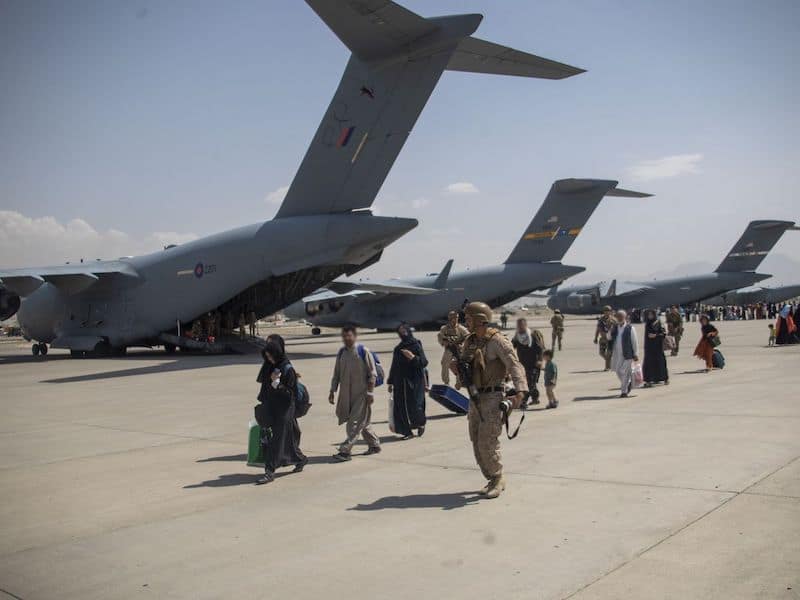 The UK Armed Forces have now entered the final stages of the evacuation from Hamid Karzai Airport (HKIA) in Kabul with no more people being called to leave the airport, according to the Ministry of Defence.

Following a pre-planned timetable, processing facilities inside the Baron Hotel in Kabul have now been closed, allowing the UK to focus their efforts on evacuating the British nationals and others who have been processed and are at the airport awaiting departure.

Around 800 to 1,100 Afghans who worked with Britain and had been eligible to leave the country would not make it through, Wallace told LBC radio. So far, Britain has evacuated more than 13,700 British nationals and Afghans, representing the second biggest airlift by the country’s air force after the Berlin Airlift in 1949. The US, which is running the airport, is withdrawing its troops by 31 August.

Defence Secretary Ben Wallace said: “Our top priority as we move through this process will be the protection of all those involved who are operating in a heightened threat environment. It is with deep regret that not everyone has been able to be evacuated during this process.”

This decision comes after at least 90 people were killed – 13 of them US military personnel – in a suicide bombing at Kabul airport on Thursday. At least 150 people were also wounded in the attack, which the so-called Islamic State group says it was behind.

It had earlier been thought there were two explosions, but the Pentagon said on Friday that there had been no second explosion at, or near, the Baron Hotel, which is close to the airport.

According to the UK government website: “the UK’s ability to process further cases is now extremely reduced and additional numbers will be limited. Evacuating all those civilians we have already processed will free up the capacity needed on UK military aircraft to bring out remaining diplomats and military personnel.”

While the evacuation operation from the airport is coming to an end, Mr Wallace told the Today programme the UK’s Afghan relocation scheme would remain open “indefinitely”. He added that if eligible people were able to get to other countries, the UK could process them there.