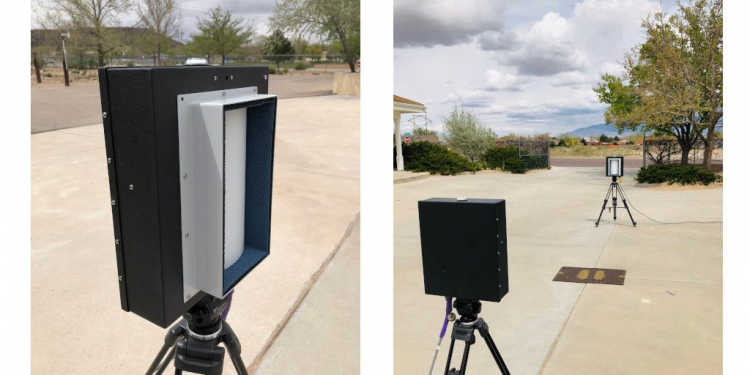 The CODA-1(Cognitive Object Detection Apparatus) system from Plymouth Rock Technologies has undergone further successful testing for detection of various concealed weaponry on a person at the PRT laboratories. CODA is an ultra-compact radar device that can be used for a variety of applications across many industries, covering everything from traditional radar for drone or aircraft detection, to low-power stand-off weapon detection.

The system is a production status product rather than a prototype and is the size of an electronic tablet. It uses off the shelf high-speed processors and can be fitted to or inside a wall. It uses FCC allocated detection frequencies and has been demonstrated in several programmes in the United States funded under the NATO Science for Peace and Security Program. The CODA system has also been through testing by the US Army Night Vision and Electronic sensors directorate (NVESD) under the Adaptive Red Team/Technical Support and Operational Analysis (ART/TSOA) activity.

“As a team, we have worked on technologies that have been used to detect suicide bombers in the Middle East,” stated Carl Cagliarini, Co-Founder and Chief Strategy Officer of PRT. “Those systems, while effective, were very expensive and the computer processor technology available, was at the limit of its technical capability. This device is compact and mobile, but also offers completely autonomous operation.”

“The unprecedented events of January 6th, 2021 of weapons and pipe bombs being in and around the Capitol Building, and people losing their lives, have highlighted the unfortunate fact that current procedures and security used to protect our democratic establishments, are not where they need to be,” stated Dana Wheeler, Co-Founder and CEO of PRT.  “To bring security into the 21st century, it requires a two-pronged approach – increased physical security and greater intelligence to detect weaponry in the vicinity of these buildings.”