by Zoe Deighton Smythe
in Uncategorized 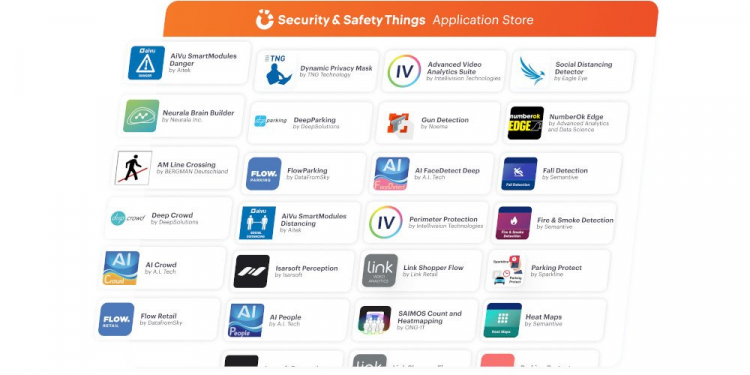 Security and Safety Things has announced the three winners of its second App Challenge, a contest to spur creative development in video analytic applications. The winning apps were chosen from a pool of more than 30 proposals for solutions that addressed specific security and business use cases in the retail, transportation, stadiums and entertainment, and healthcare verticals.

“The Security & Safety Things open platform for smart cameras provides the ideal framework for developers to help solve real world customer pain points with innovative applications,” said Adam Wynne, head of the Security & Safety Things Innovation Accelerator based in Pittsburgh. “The winners of this year’s App Challenge provided some very concrete and effective examples of how smart cameras are adding security and operational value to a variety of different types of organisations.”

As part of the App Challenge, 11 new AI-powered analytic apps have been loaded onto the company’s open Application Store, which already features nearly 100 different applications. Integrators and end users can choose multiple applications from the app store to run simultaneously on individual smart cameras running the S&ST camera operating system, which enables a single camera to accomplish several different functions. The camera OS is based on the developer-friendly Android Open Source Project (AOSP).

noema, a subsidiary of DSR Corporation based in Colorado, received the overall rating for its seat occupancy application to the transportation market. This application allows a surveillance camera to check seat availability and overall occupancy of a train car, as well as determine if the seat is occupied by a human or object. This application seeks to address pain points such as a passenger taking up more than one seat, luggage or pets blocking seating areas, passengers sitting in the wrong seat or section and passengers riding without fare. Each of these issues can impact both train departure as well as overall revenue.

“noema’s engineering team enjoyed developing apps for the Security & Safety Things platform, as it enables our team to focus on the underlying business logic of the applications and algorithms we’re developing, instead of addressing the lower-level engineering aspects that S&ST’s system already addresses for us,” said Alex Fedoseev, co-chief executive officer at noema.

WaterView, based in Italy, received the second highest rating for its FloodCam application, an Artificial Intelligence (AI) software used to monitor infrastructure or areas which are subject to flooding episodes, such as road underpasses or areas close to riverbanks. This app recognises portions of the images where water is present and raises an alert if the estimated water coverage exceeds a certain threshold. To keep privacy in mind, the image taken can be masked so that only a desired region of interest is taken into account.

“Taking part in the 2021 App Challenge hosted by Security & Safety Things was a stimulating and enjoyable experience,” said Matteo Ferrabone, chief technology officer at WaterView. “We were very eager to launch our latest solutions on the market and the App Challenge served as the perfect opportunity and motivation.”

Studio Automated, based in Amsterdam, was the third winner for its Virtual Surveillance Assistant (VSA) application, an AI algorithm developed by The Netherlands Organisation for Applied Scientific Research (TNO). This application can detect anomalies in video footage and can specifically be trained to detect aggressive behaviour at stadiums and in transportation vehicles and venues. Besides the detection of aggression, the footage analysed by this app can also be used for analysis of walkways and footpaths, as well as passenger behaviour in general. This will allow decision-makers to optimise operations at airports, stadiums, and bus and railway stations.

“We are very grateful to have been able to participate in this challenge, and to be chosen as a winner,” said Elle de Jonge, strategic advisor at Studio Automated. “The Security & Safety Things store has more functionalities that allow us as a partner to grow with, and our clients can use our AI driven assistance within minutes, which speeds up implementation and helps clients innovate faster.”

These winners were chosen by a jury of representatives from S&ST and 22 prominent integrators from around the globe and will be awarded individual prizes of 10,000€ each. All winners will also be invited to join online and offline marketing activities including the participation at an upcoming event, such as Security & Safety Thing’s own conference, escon 2021.

To read more about the winning apps, visit https://info.securityandsafetythings.com/app-challenge-2021 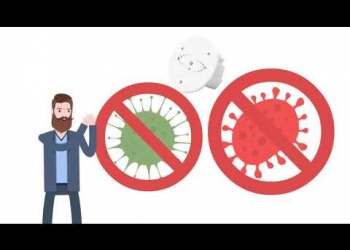 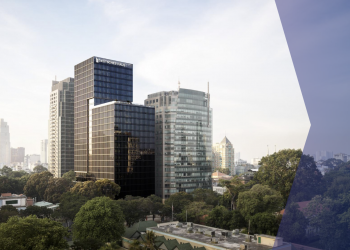 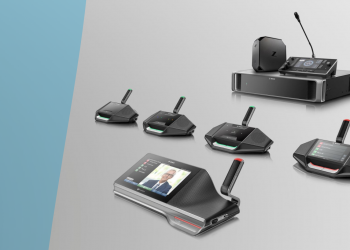 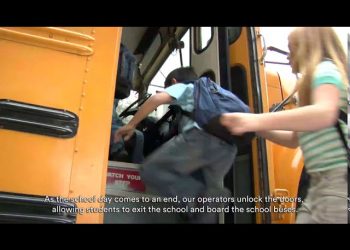 Genetec – A day in the life of a school security operator