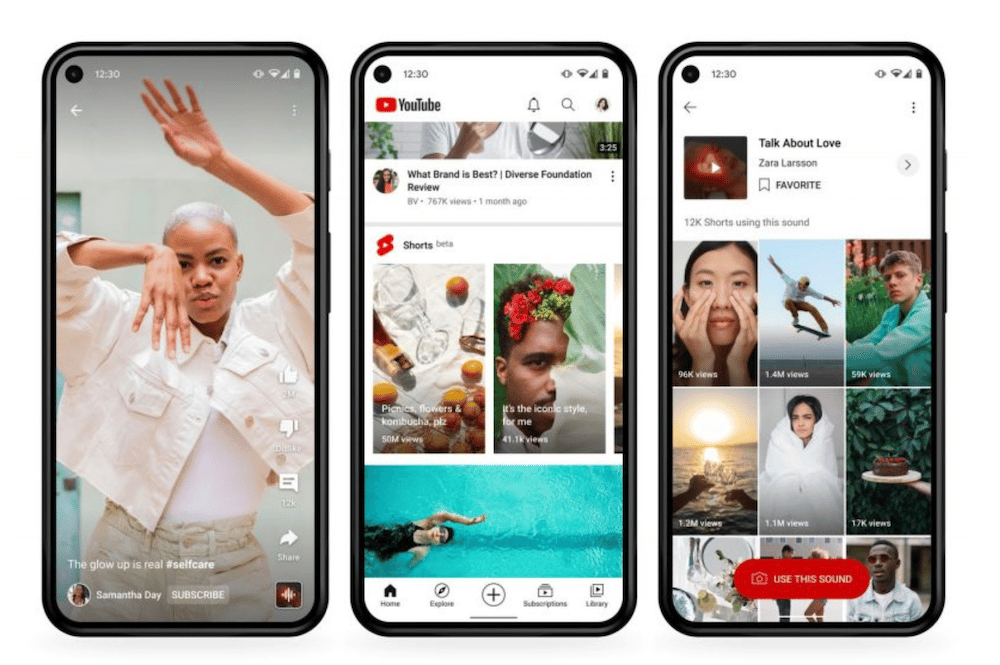 Satnam Narang, Staff Research Engineer at Tenable, has published the research as part of a wider foray into the murky world of social scammers.

According to new research from Tenable, scammers are stealing existing short-form videos from TikTok and reposting them to YouTube Shorts, racking up millions of views and gaining tens of thousands of subscribers. These scams typically fall into three categories:

While YouTube has been around for 16 years, the YouTube Shorts product is essentially a new platform. Discussing the scams he’s observed, Satnam Narang explained, “Over the last decade, I’ve watched scammers migrate from platform to platform. It is almost a rite of passage for a new service or platform when scammers deem them worthy to ply their trade. While the way these scams operate will vary based on each platform and its unique nuances, the types of scams are all very familiar.”

Scammers are creating fake YouTube channels filled with videos stolen from TikTok, including dance challenges, to abuse affiliate marketing strategies employed by adult dating websites who offer payment based on a cost per action (CPA) or cost per lead (CPL) basis. Scammers can generate a relatively healthy income by duping users of social media websites to click links pinned at the top of the comments of their YouTube Short videos. One video alone earned 10 million views from YouTube shorts. Once the visitor of an adult dating website is converted to a registered user, the scammer is eligible to receive anywhere from $2–$4 for the successful CPL conversion.

Satnam adds, “If there’s been one common thread amongst all of the research I’ve done on social media over the last decade, it’s that adult dating is at the forefront of scams on rising platforms and services. The introduction of YouTube Shorts, with its enormous potential reach and built-in audience, is fertile ground that will only serve to help these scams become even more widespread. This trend is alarming because of how successful these tactics have become so quickly on YouTube Shorts, based on the volume of video views and subscribers on these fake channels promoting stolen content.”

Satnam also identified scammers offering dubious products. As an example, he identified a number of scammers using stolen TikTok footage of women at the gym in order to promote gym leggings priced at $34.99. However, similar leggings were available on AliExpress for $12 less. The concern with these scam advertisements is that there is no guarantee the item being purchased will arrive, or the quality be as advertised.

Scammers were also identified using stolen TikTok videos to increase the views and subscriber counts for their existing YouTube channels, in an effort to generate an income from advertisements and brand deals from their channels. Satnam adds, “One user has received over 78 million views on their channel, but if you look at a breakdown of their actual content, it’s the videos that they did not create that have the greatest engagement numbers. There are also a number of YouTube channels that have been created solely as hubs for stolen TikTok content, similarly to gain social currency.”

Based on an analysis of 50 YouTube channels that Satnam encountered, he has determined that the operators of these channels have received 3.2 billion views across at least 38,293 videos. In total, the channels had at least 3 million subscribers at the time this research was conducted. Scammers are able to achieve this success by capitalizing on the newness of YouTube Shorts and its existing user base of 2 billion monthly logins.

Satnam concludes, “Scammers won’t go away easily. They are determined to capitalize on the massive success of platforms like YouTube Shorts and TikTok. Leveraging existing functionality within YouTube to report these channels is truly the best way for users to help clean up the platform. That is, until the next big social platform emerges and scammers eventually find their way there.”