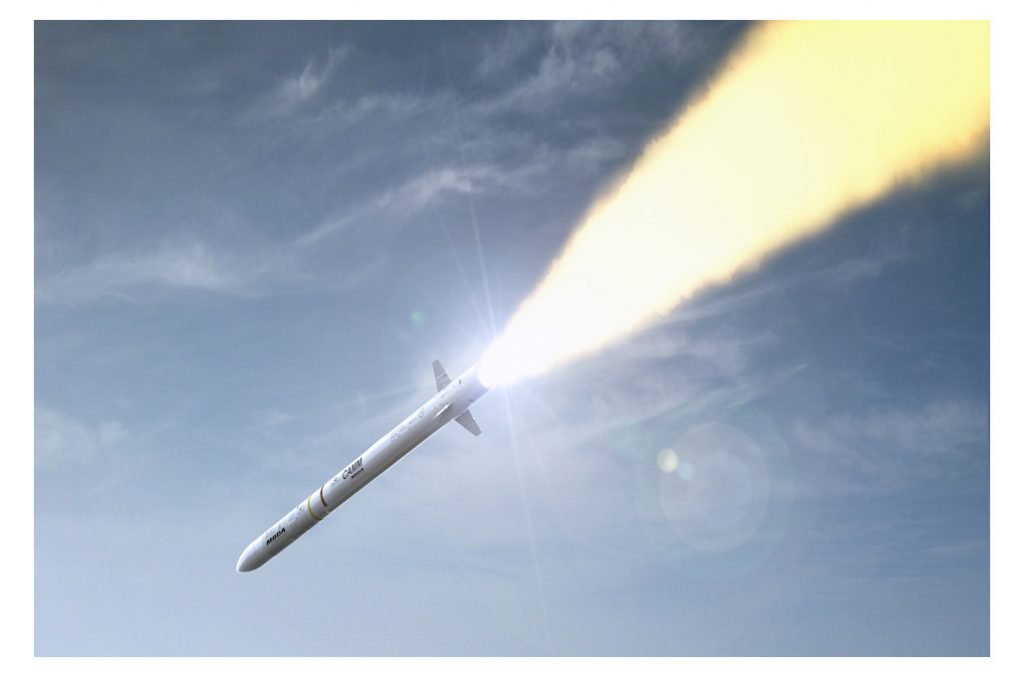 The UK’s Royal Navy Type 45 destroyers will receive a £500 million upgrade to enhance their firepower capability. Two new contracts have been awarded with the aim of developing the air defence systems of the destroyers.

MBDA UK has been awarded an 11-year contract to integrate the Common Anti-Air Modular Missile (CAMM) programme, often referred to as Sea Ceptor, into the Type 45 destroyers’ Sea Viper weapon systems. In addition to this, a 10-year contract with Eurosam will provide a refresh of the Aster 30 missiles system that are currently in use.

“Enhancing our destroyer capabilities, this investment reaffirms our commitment to equip the Royal Navy with the most advanced and powerful defensive systems,” said Minister for Defence Procurement, Jeremy Quin. “This upgrade ensures the Type 45 remains hugely respected by naval fleets across the globe.”

Currently, the Type 45 destroyers use a combination of short-range Aster 15 and long-range Aster 30 anti-air missiles to engage and destroy enemy threats. To facilitate the introduction of CAMM, a new 24-missile CAMM silo will be added in front of the current 48-missile Aster 30 silos, therefore increasing the overall missile capacity of the vessels by 50%. This will result in a total capacity of 72 anti-air missiles per destroyer. The Aster 30 missile system refresh is a tri-national sustainment and enhancement contract between the UK, France and Italy which includes investment in a dedicated UK embodiment facility at Defence Munitions in Gosport, Hampshire.

“These programmes will provide an exceptional capability to the front line, ensuring the RN remains poised to defend the surface fleet, and most importantly the Carrier Strike Group, against complex air threats both now and into the future,” stated Royal Navy Fleet Commander, Vice Admiral Jerry Kyd CBE.

“The introduction of the UK produced CAMM missile in conjunction with the current Aster 30 missile will provide the Type 45 with a significant uplift in anti-air capability into the future as the Type 45 delivers the backbone of air defence to the Royal Navy’s Carrier Strike Group,” noted DE&S CEO Sir Simon Bollom.

The Royal Navy’s Type 45 destroyers are among the most advanced in the fleet and carry out a range of activity, including defence from air attack, counter-piracy operations and providing humanitarian aid. The first Type 45 destroyer is expected to have been overhauled by summer 2026.