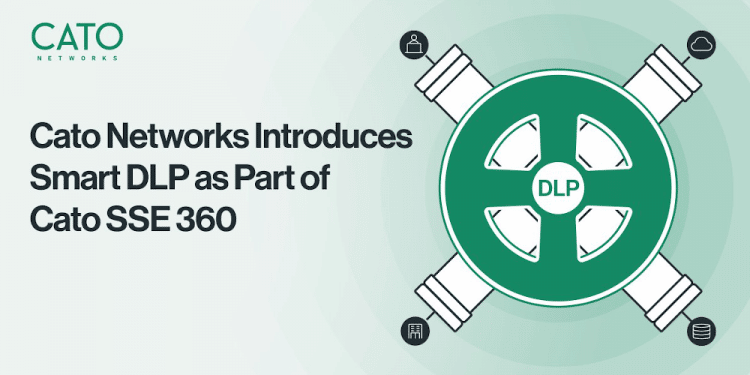 “Traditional SSE architectures alone are not enough to protect the enterprise. They have limited visibility and control over WAN traffic which drives the need for multiple networking and security architectures,” says Shlomo Kramer, CEO and co-founder of Cato Networks. “What’s needed is one architecture that can provide visibility into and control over all traffic to all applications and resources from all endpoints. Cato SSE 360 is the first SSE solution to meet that challenge.”

DLP has been an effective tool for protecting data assets, scanning, and blocking users from sending critical files or sensitive information, such as credit card or customer details.

But legacy DLP has been fraught with limitations. Too often, inaccurate DLP rules block legitimate activities or allow illegitimate ones. A focus on public cloud applications has left sensitive data in proprietary or unsanctioned applications unprotected by DLP. The investment in DLP does nothing to protect the enterprise from other threat vectors.

Cato DLP addresses those problems. Cato DLP scans all network traffic for sensitive files and data as defined by the customer. More than 350 data types are currently identified by Cato covering universal sensitive data types, such as credit card numbers, and country-specific data types, such as postal codes. Once identified, DLP rules block, alert, or allow the action depending on customer-defined policies.

As part of the Cato Single Pass Cloud Engine (SPACE) architecture, Cato DLP is fully converged with the complete  range of Cato’s cloud-native networking and security capabilities, gaining deeper visibility into and greater control over network flows than with legacy DLP solutions. More specifically, this means:

DLP becomes easier to implement using Cato’s Smart DLP rules. Rather than explicitly blocking defined activities for each application – for example, “commit” in GitHub, “send” with an attachment in Outlook, or “copy” to external SharePoint folders – security teams can create rules that express their intent (“block uploads”), which Cato then implements across all relevant applications for all intended actions.

Along with Cato DLP, Cato is announcing Cato SSE 360, the only SSE platform with visibility, optimization, and control of WAN, cloud, and Internet traffic.

Cato SSE 360 extends basic SSE capabilities with the rest of the cloud-native security capabilities of Cato SASE Cloud — Firewall as a Service (FWaaS), Advanced Threat Prevention (IPS and Next-Generation Anti-Malware), and Managed Threat Detection and Response (MDR) – across all ports and protocols from any source to any destination. Cato SSE 360 leverages the scalability, resiliency, global footprint, and self-maintenance of the Cato SASE Cloud.

With Cato, IT leaders have a single platform for SSE or SASE. They can keep their existing network and transform their security operations today, securing and optimising application access worldwide with Cato SSE 360. When ready, they can continue to full SASE transformation by connecting their sites, hybrid workforce, and cloud resources to Cato, reducing networking costs and complexity, improving application performance, increasing resiliency through a fully self-healing infrastructure, and gaining deeper visibility into their networking and security infrastructure through a single-pane-of-glass.